To create a new term in Memsource web application, open the term base and click on the New button. The Terms dialogue window will be displayed. Here you can add new source and target terms or their synonyms. If your term base is multilingual, the terms can be added in all languages at once. 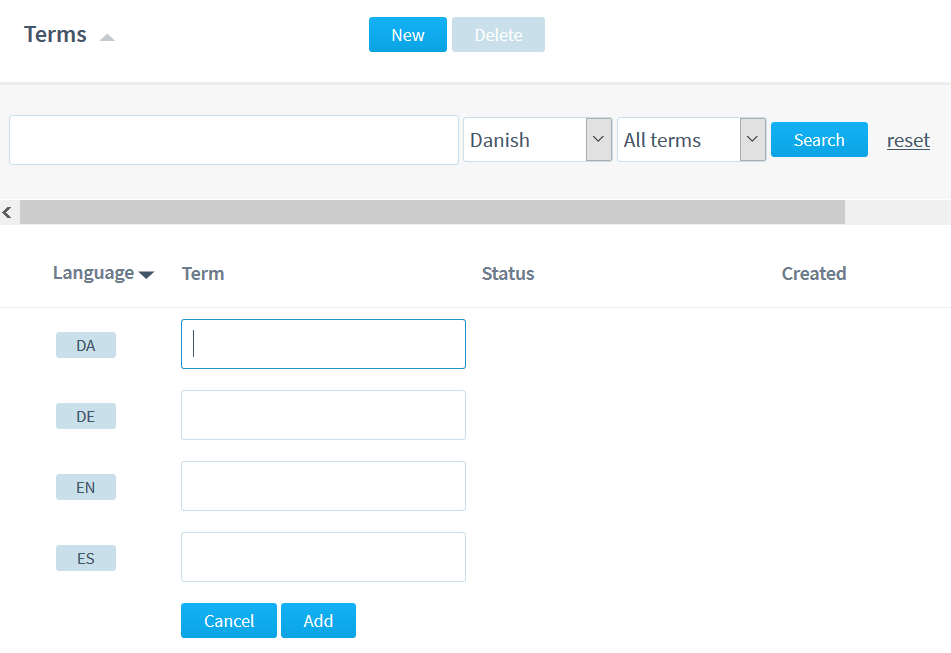 It is also possible to add a term in one target language even when that term already exists in other TB languages. You can do this by hovering the mouse over the empty target and clicking on the blue plus sign (+) as shown below: 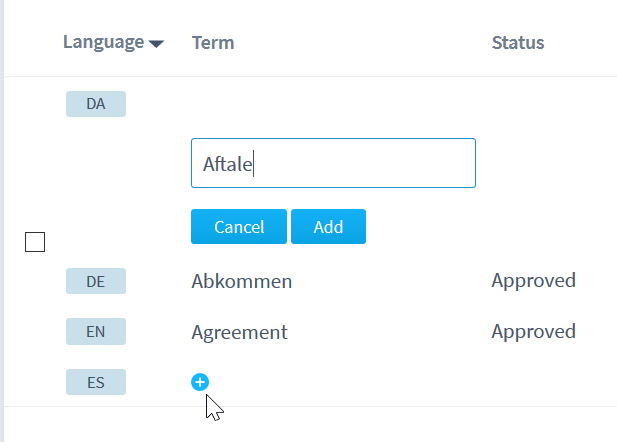 Add or Edit a Term's Attributes

You can add or edit the attributes of your terms or the term concept. These attributes will be visible in the Memsource Editors to the linguists. Click on the term in question and the editing window will open. 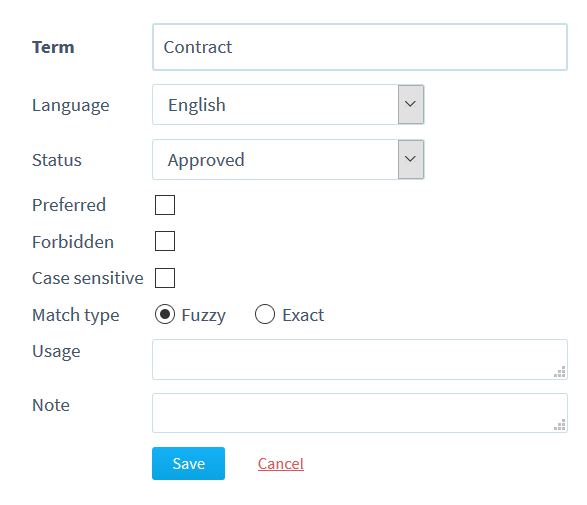 In the Edit Term section, you'll find a list of the term's attributes that you can edit:

The Concept groups the source term with its translations and synonyms. The Concept can have these attributes: 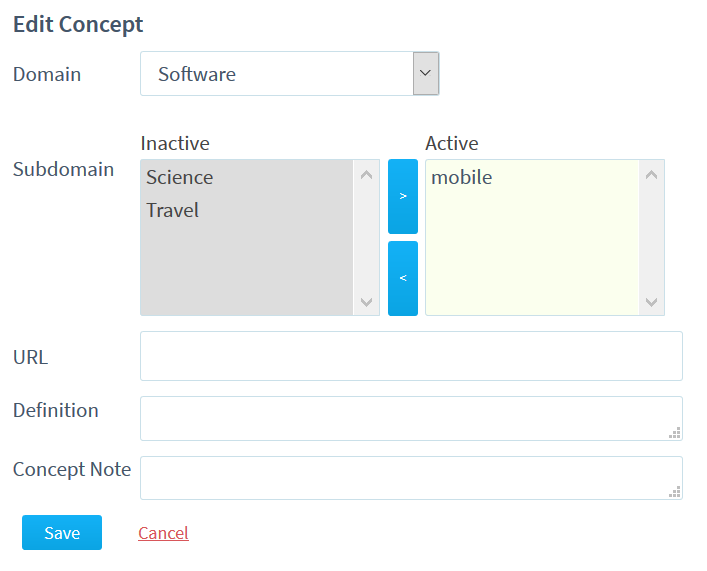 Under the Edit Term section, there is another section called Term Details. These details are filled out automatically and cannot be changed. They are:

Was this article helpful?

Articles related to Term Base