Context of the segment

When working with 101% matches from a TM, it is possible to choose what context will be saved with each segment. This context then can be used to determine if the match in TM is 101% (in-context match) with the translated text or only 100% (the source text is a match, but the context of the new text is different. This is important when the context of the segment results in two different translation of the same original text.

The Context and Optimization feature is set for each file imported as a new job in the File Import Settings. Please see our article on Creating a new job for more details. 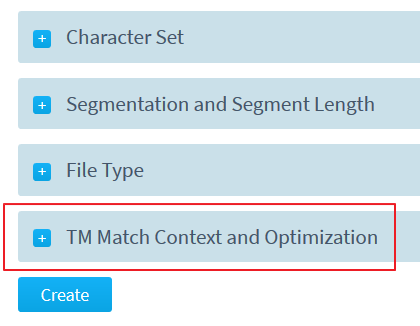 * See Memsource Limits for the context limits in YAML and JSON files.

The translation memory match can be further optimized for the imported jobs in the File Import Settings. 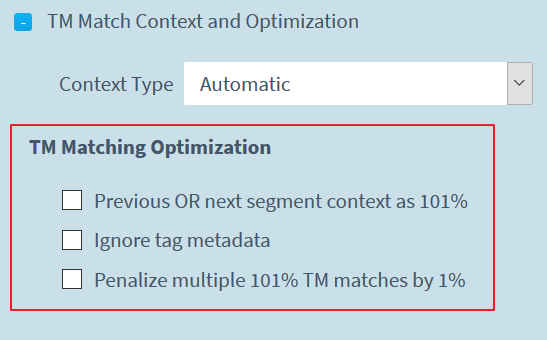