The XLIFF file filter by default imports files with the following extensions:

The tag content of the source XLIFF file can be visualized in the Editor by going to Edit and clicking on Expand Tags.  You can edit the tags by pressing F2. 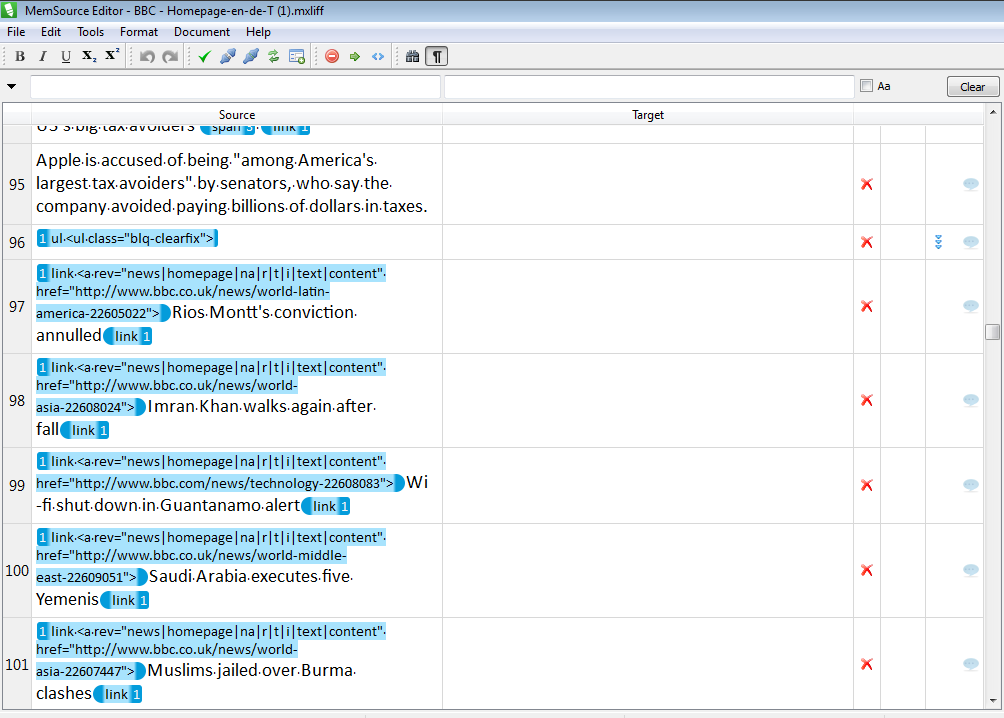 If selected, data from the <note> element will be displayed in the Context window so that Linguists can view it next to each segment.

Saving Confirmed Segments to a TM

By selecting the option Save confirmed segments to TM on import, all segments that get imported to Memsource as Confirmed will be saved to the project's translation memory in Write mode.

Context in XLIFF files has to be in either trans unit in elements context-group or context with context-type attributes.

By default (if no rules are added), all XLIFF trans-units will get imported into Memsource. Memsource will always segment <source> but not <seg-source> unless the user turns off segmentation completely. (In this case, nothing will get segmented). The status of all segments in Memsource after import will be not confirmed and not locked.

Adding rules to this section will change the default import settings. Rules can be combined or added and can be done using the available form or done manually. Custom XLIFF states are also supported.

You can also map to specific target XLIFF attributes based on Memsource segment statuses:

The attribute maxwidth in XLIFF 1.2 can be used to specify maximum target length for translation, but only under specific conditions: