The XML file filter by default imports files with the following extensions:

The XML file format has not been primarily designed for translation. That is why it is at times necessary to provide additional settings for XML files. This will ensure that appropriate content is extracted for translation.

The default settings, (which have an asterisk in the Element Field) will import all XML elements for translation. If you would like to import these files using something other than the default behavior, this can be done via the two options below:

This method gives you a simple way of specifying which elements and attributes should be extracted for translation. You can customize these rules using the following options: 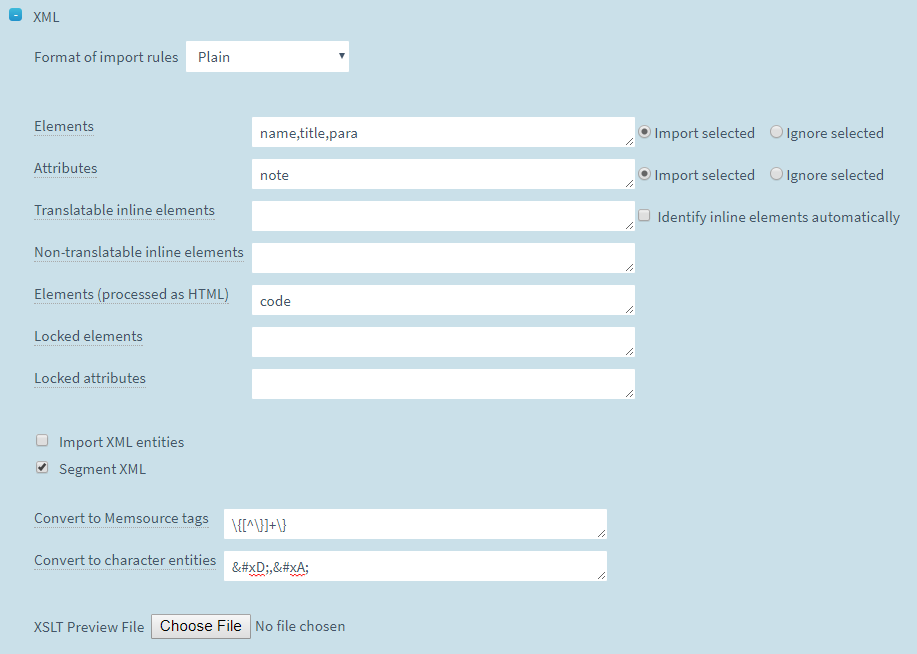 Translatable content can also be defined using the XPath query language. This method allows for the creation of complex import rules and some additional features that the Plain Import feature lacks. However, the user must be familiar with XPath:

A subset of XPath 1.0 is accepted with the following limitations:

Please note that the XPath expression should define the elements and/or attributes whose text/value should be translated and not the actual text node. See our article on XPath for more information. 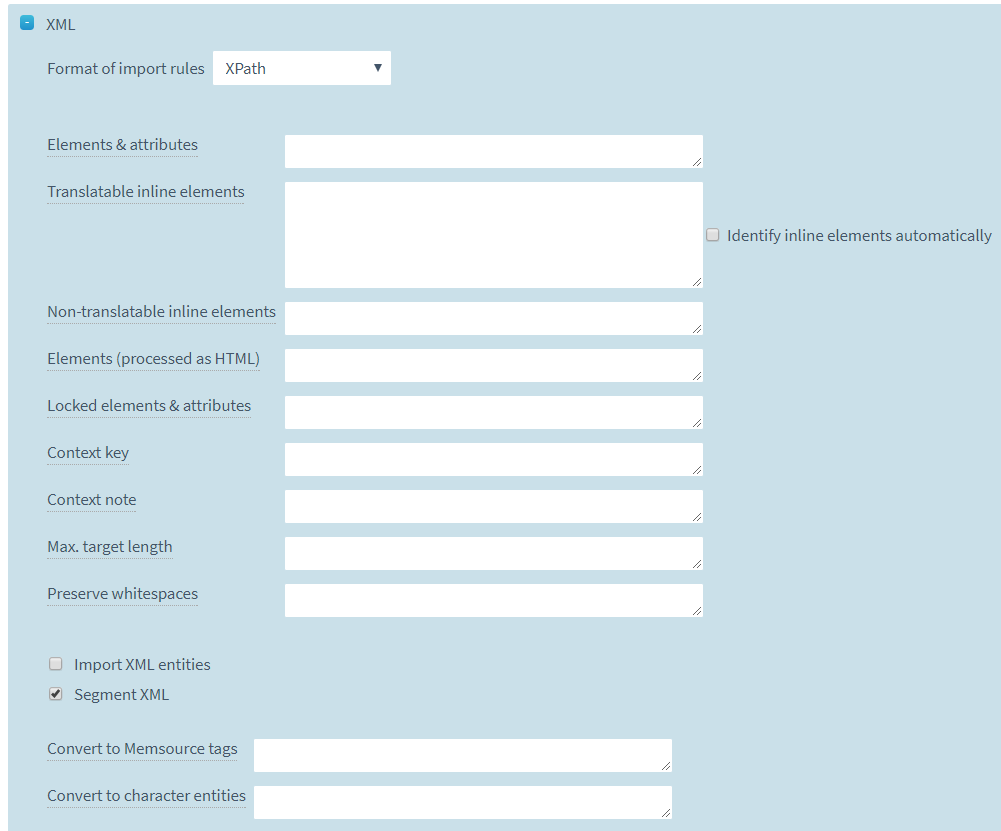 To import the XML file with a stylesheet (XSL or XSLT), navigate to the bottom of the XML import settings and choose XSLT file. When you import an XML with a stylesheet, the Preview Translation feature (found the Editor by clicking on Document and selecting Preview Translation) will generate an HTML preview instead of an XML one. (Please see this video for more information.) Once used for file import, XSLT can also be downloaded from the File Import Settings page. 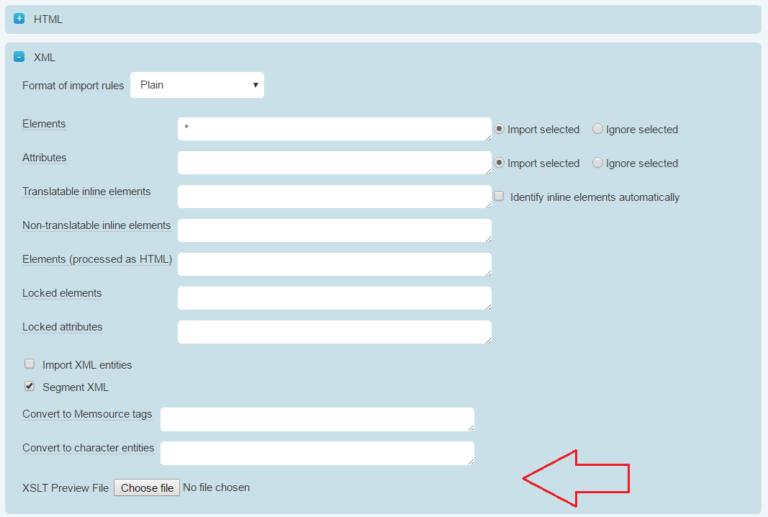 The term CDATA means, Character Data. CDATA is defined as blocks of text that are not parsed by the parser but are otherwise recognized as markup. The predefined entities such as &lt;, &gt;, and &amp; require typing and are generally difficult to read in the markup. In such cases, the CDATA section can be used.

If the source file contains CDATA and if you use option "Segment XML" then Memsource will add CDATA to every segment in the Completed file.