In Memsource, it is possible to calculate net rates for translation memories, machine translation, and non-translatables (NT). A Project Manager can set up one or more net rate schemes by going to Setup and clicking on Net Rate Schemes in the Financials section. The net rates work independently of any financial information. The number of units for translation (pages, words, or characters) simply gets decreased based on the selected net rate scheme. 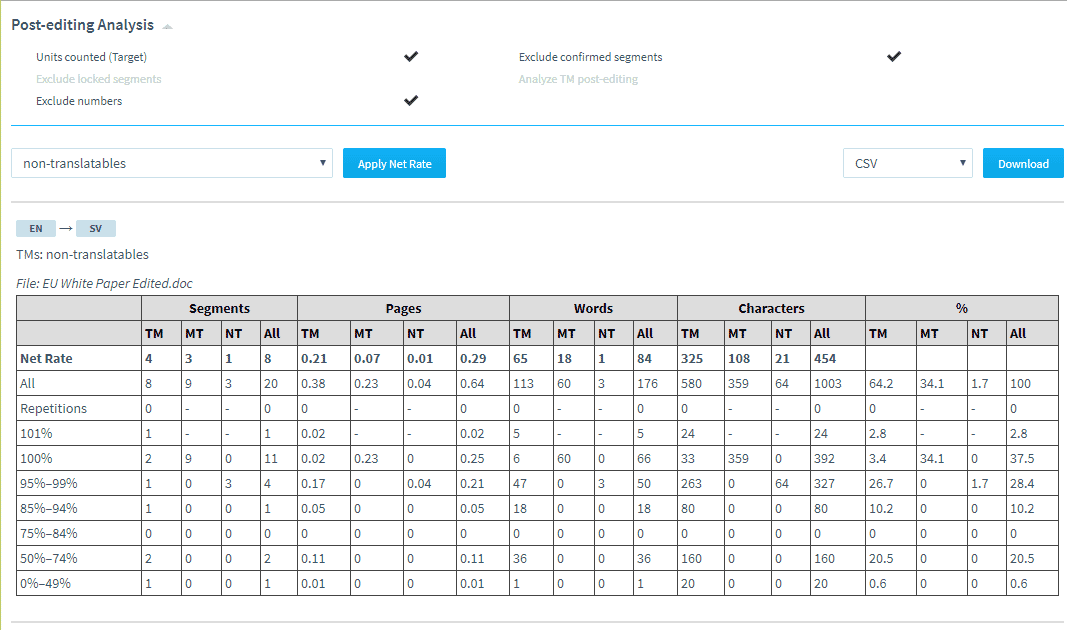 Setting up a Net Rate Scheme

Translation memory net rate schemes are well established in the translation industry. These are the main categories:

When a document for translation is imported into a project, it can be analyzed (by carrying out a Default analysis) against the project's translation memories and to identify non-translatables. After opening the analysis, a net rate scheme can be selected, and the pages/words/characters will get recalculated. The results will be displayed in the Net Rate line.

Typically, the Default analysis is generated before the translation.

After opening a post-editing analysis, a net rate scheme can be selected and the pages/words/characters will get recalculated. The results will get displayed in the Net Rate line.

The post-editing analysis gets typically generated after the translation.

In this example we will work only with TM matches and see how it affects the number of analyzed words. 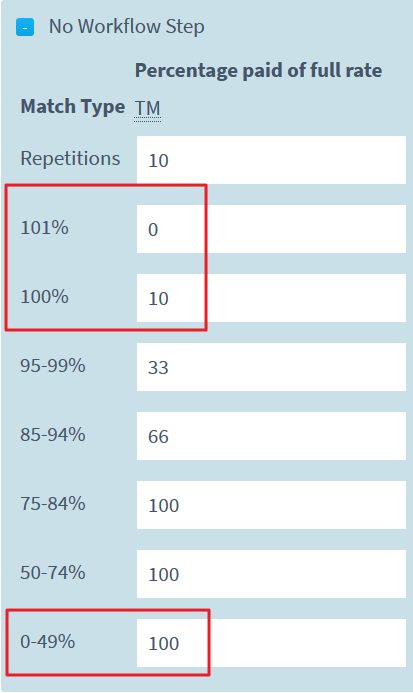 Our analyzed job has these matches: