A translation memory (TM) is a database of previously translated text and is a key aspect of every CAT tool. The text is split into smaller segments (usually sentences or titles) in a process called segmentation. The original segment and its translation are then saved into the translation memory as a "translation unit". The TM can have several target languages (though only one source language) and can be used in multiple projects simultaneously.

The Benefits of Using TMs

There are two main benefits to using TMs.

Note: It's important to note that while the use of translation memories is highly recommended, there are some limitations. While there are no specific limits to how many target languages the TM can have or how many translation units can be saved in the TM, please bear in mind that very large TMs (with millions of segments) can slow down the performance of searches, pre-translation or analysis and can be difficult to maintain and edit. There is also a limit to the file size (1 GB) for exporting and importing. A project can have multiple TMs, so it is better to have a few smaller TMs than a very large one. 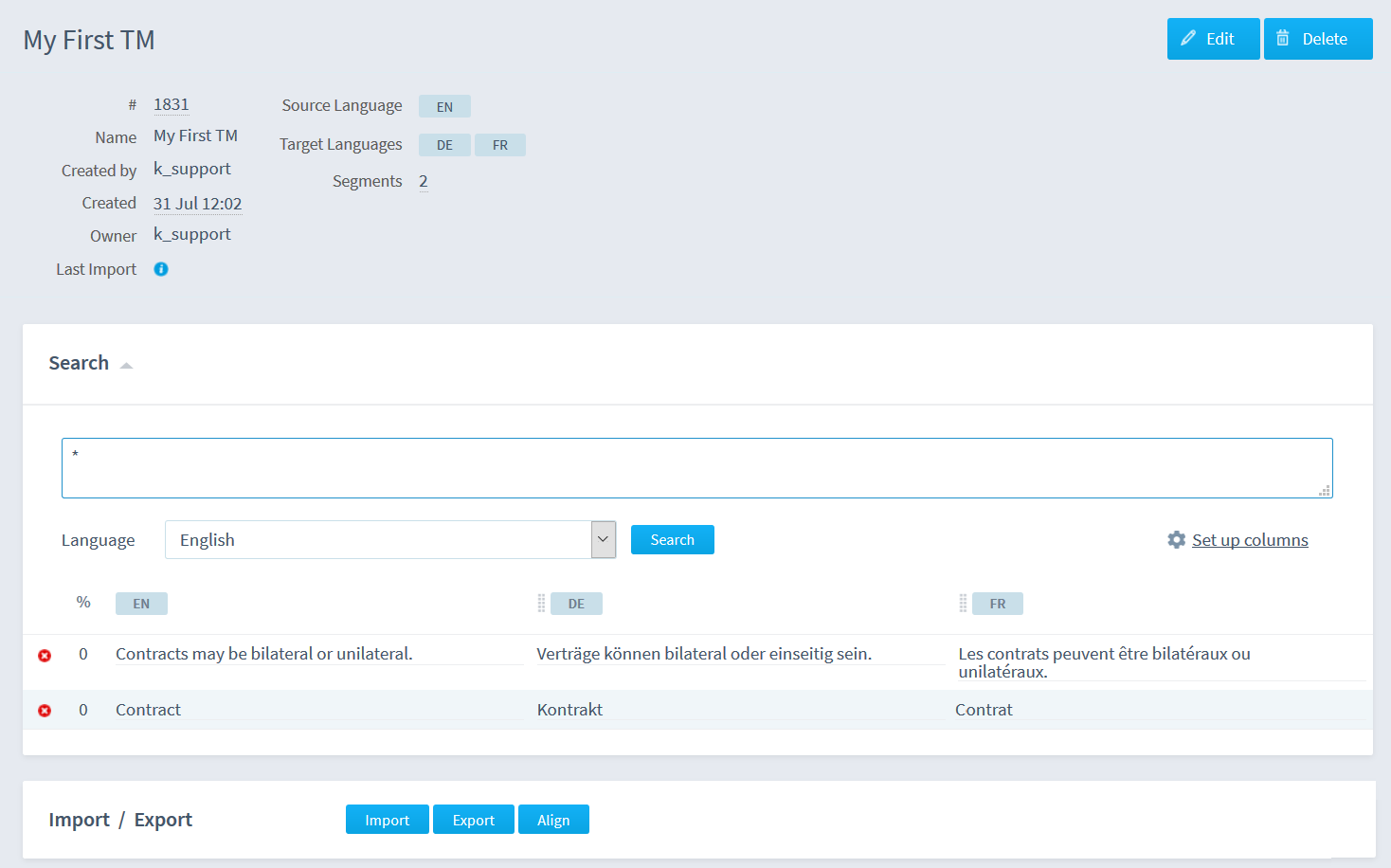 Setting Up a Translation Memory

There are a number of things you can do with a translation memory, but first, you have to set one up. Once you have that done, you can: