The CAT Pane displays matches from translation memories, term bases, machine translation, and non-translatable matches for each segment. There are several categories that the segments can fall into:

In addition to what's noted above, there are some additional features you might see: 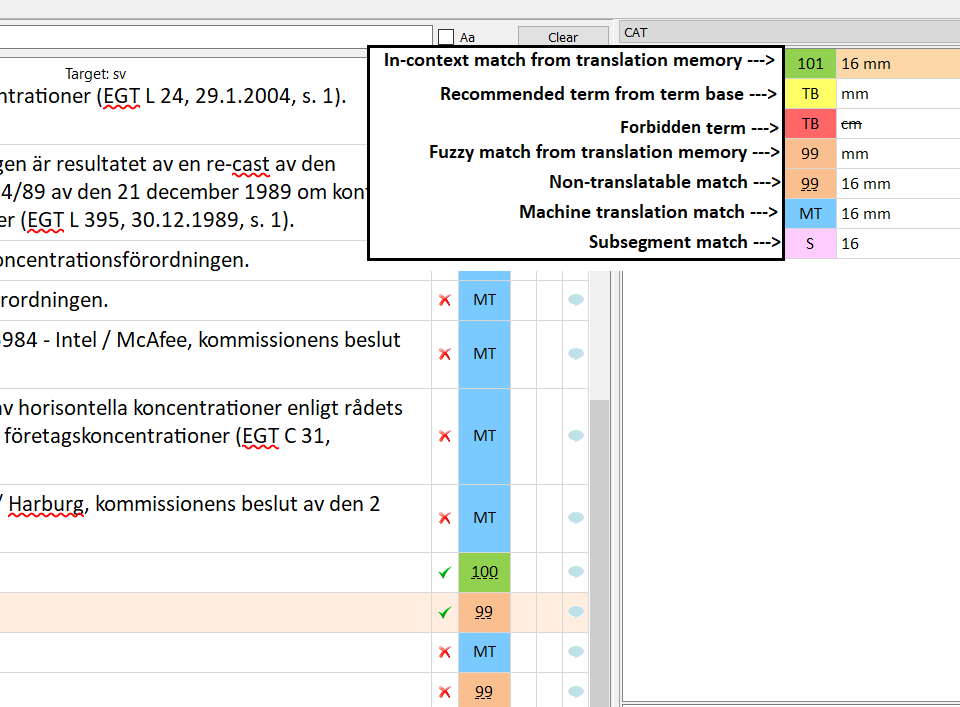 The Search Pane displays the results for search queries from the translation memory and the term base. The search can be launched by selecting some text in the source or target and hitting Ctrl+K for a fuzzy search or Ctrl+Shift+K for an exact search. 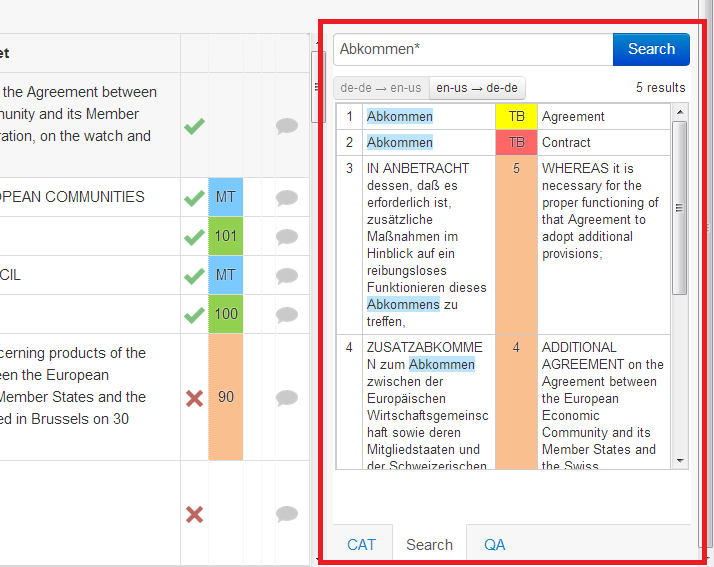 The Quality Assurance Pane displays QA warnings for segments with potential problems. The QA warnings should be either resolved by correcting the translation and confirming it or by marking the QA warning as ignored (by clicking in the "i" column) if the QA warning is a false alarm. Here is a list of the available QA checks: 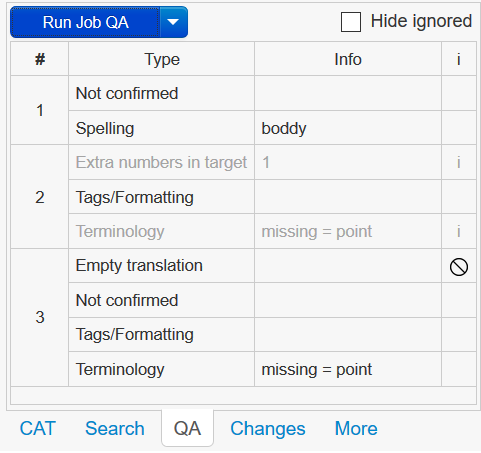 The Changes Pane displays changes in a segment across all Workflow steps. The Show Changes feature is only available for jobs with Workflow steps (Team, Ultimate, and Enterprise editions). If no changes are available or Workflow is not active for the given file, the Changes Pane will be blank. For more information, please see our article on how to Track Changes in Workflow Steps.

This pane allows translators to display translations in other target languages in the TM for the segment they are currently working on, in order to gain more context and increase consistency. Some things to note:

First, select which target languages should be displayed, and then click on Show matches. 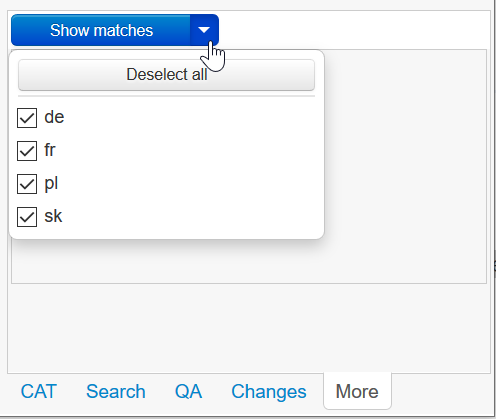 The matches for different languages will be displayed if there are any 99% and higher matches saved in the TM. You can see the details of the segment, and you can insert the match into your target the same way you would in the CAT Pane.